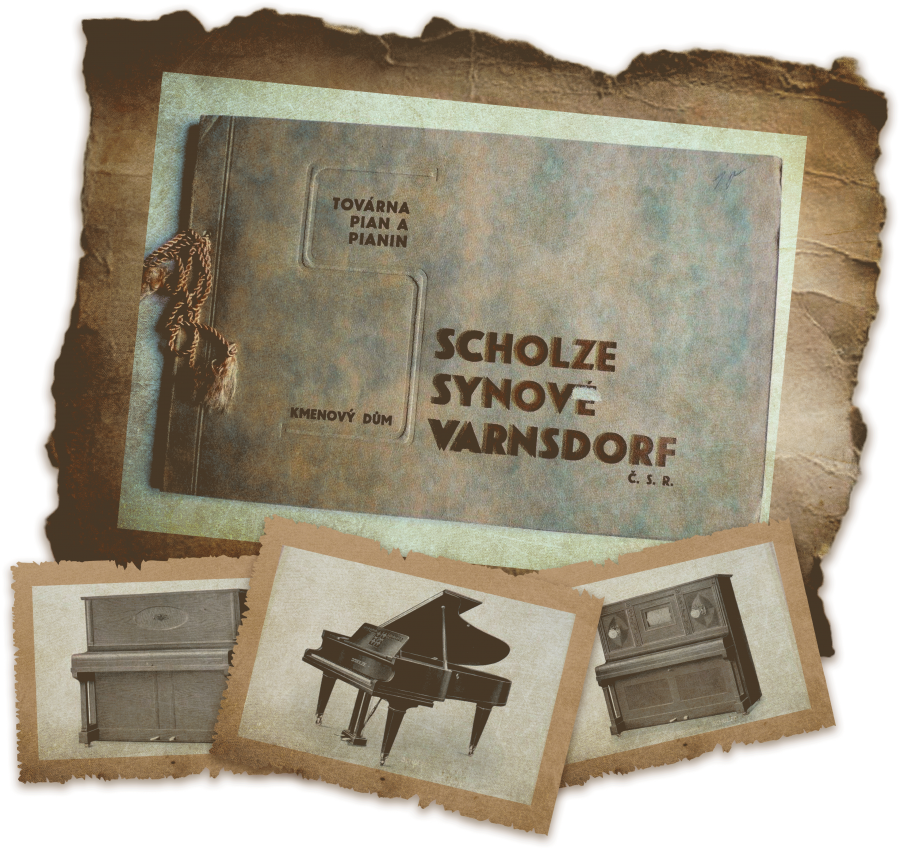 The history of the family firm begins in the second half of the 19th century. Frank Scholze, the founder of the first piano factory in the Šluknovsko region, was born in 1853. He was technically minded as well as musically talented. He soon began making musical instruments. He got into making pianos purely by chance, having  successfully shortened a Viennese grand piano.  He gained experience in Germany and founded his own piano factory in the Šluknovsko region in 1876. Later he moved to Varnsdorf, where he built a new factory for uprights and grands.  Scholze's high quality pianos sold well both locally and abroad - in South Africa, Argentina, Mexico, Uraguay, Turkey, and throughout Europe.

Scholze made all four of his sons learn the pianomaker's craft and sent them to gain experience in overseas firms (Steinway in England, Bechstein in Berlin) where they learnt modern manufacturing procedures.  After returning in 1914 they entered the firm to run the pianomaking factory in Jiříkova. The name of the firm was changed to "Scholze & Co."; later, after F. Scholze's retirement , to "Scholze's Söhne". The firm prospered right up until the economic crash: during the Second World War its workforce went down to 50. After the war the company was confiscated and continued operations under an appointed national manager. In 1948 the company assets were transferred to a nationalised enterprise called Továrna na piana a varhany v Hradec Králové (Hradec Králové Piano and Organ Factory)

Today, PETROF still produces Scholze pianos, making active commercial use of the name. Scholze pianos are designed in PETROF's development workshop in Hradec Králové and produced under licence in China in conformity with the technical documentation of PETROF's Contruction & Technology Department under the technical supervision of  its employees.

Scholze pianos represent an ideal compromise between price and quality and form an essential component of the "PETROF Brand Family".